Deep in the enchanted forest across the Silver River which flows through the Wylder Mountains, is the last hold of the humans.

Before Soraya the Enchantress cursed the land, the King declared war against all majikal peoples. Humans were quick to blame their troubles on the mirror folk and aided the King in his purge. Clans and villages of majikal folk scattered throughout the Wylderlands banded together to fight a losing battle against the King’s superior forces.

Soraya cast her curse, a final effort to rid them of her husband’s evil. Her majik succeeded in protecting the people so long oppressed, but then twisted as time passed. And the humans found themselves on the losing side. As the curse took hold and called their daughters to the Lost City, their numbers dwindled.

An age later, the war continues. Wolfsbane and his people hold out on Mount Grimm, while the leader of the Wolv pack tracks them down. A legend will soon be born.

Their howls rose around him, cries of bloodlust and the hunt. He watched his breath escape in warm puffs which lingered on the frozen air. His hands tightened on the daggers in his hands and glanced further down the edge of Mount Grimm, where he knew his father and young son waited. Perhaps Vilhelm was too young for the hunt. His wife, Nephthys certainly thought so.

Too few of us left now. No choice.

No matter how often she begged, she did not stop him and had not the heart to keep Vilhelm from joining the hunt. It was in their blood, and he would see them survive the winter. The Wolvs never came this close to their territory, his people made certain of it. But as the curse stole their daughters, as it pressed the beasts to hunt for food nearer their homes…

No choice now but to fight.

He ground his teeth, ignored the dull throb of coiled muscles cramping in his leg. The wait would be over soon. The howls were drawing closer.

His father was a better hunter, the reason they let him lead the village. And their family had reason for this hunt that went far beyond protecting age-old boundaries. This had everything to do with blood.

In his mind, he saw her face as his dagger plunged through her chest, her hands helping him push the blade through. He blinked and shook his head.

No matter how many times he tried to banish his sister from memory, she always returned. Father said she was an abomination. Majik had no place in this world. It was a poison the mirror folk carried with them to this land. Majik was the reason they were cursed now. He didn’t disagree with his father, not until his sister’s hands started glowing blue. Not until she made the earth bend to her will. Not until she sought refuge with the bloody Wolvs.

A flash of four paws passed his eyes, about a quarter league away. He felt the familiar despair fade, replaced by hatred.

This has always been about blood.

The howls rose up again and he barely had time to react before a massive furred creature was snapping at his throat. He plunged his dagger into its belly and dropped his other dagger, White Fang on the snow to catch the snapping jaws with a fist. After crushing the green-eyed monster into the snow, he took his fallen dagger and sprung up.

More howls up ahead, where his father and Vilhelm waited. Instead of silence, however, more snarls and shouts echoed in the wood. And then a strangled cry of pain followed.

Panic pushed his legs faster than before.

His father was the greatest hunter among them.

He saw Vilhelm first, the beasts ripping into his broken limbs. A strangled cry escaped him as he rushed in, stabbing at the large bodies, ignoring their teeth and claws as they tried to fight back.

Once Vilhelm was free, he turned to find the glowing green eyes of the white Wolv staring back at him, its muzzle red.

His father was beneath Baalor, lifeless.

He didn’t remember who moved first, but both man and beast collided in a deadly tangle of steel and claw. Though Baalor tried to overwhelm him, grief and rage offered greater strength. He plunged White Fang into the Wolv’s side and then cried out as a claw swiped at his belly.

They fell apart and the white Wolv, his greatest enemy, ran and blended in with the falling snow.

After he carried his dying son home to his family, he would lead what was left of his village to attack the Wolvs in greater force. He would teach his daughter, Resha the way of the hunt. He would take his vengeance on the monsters for all he and the other humans of Mount Grimm, had lost. For this, the people would call him Wolfsbane.

Learn more of Wolfsbane’s fate in the Wylder Tales Novella 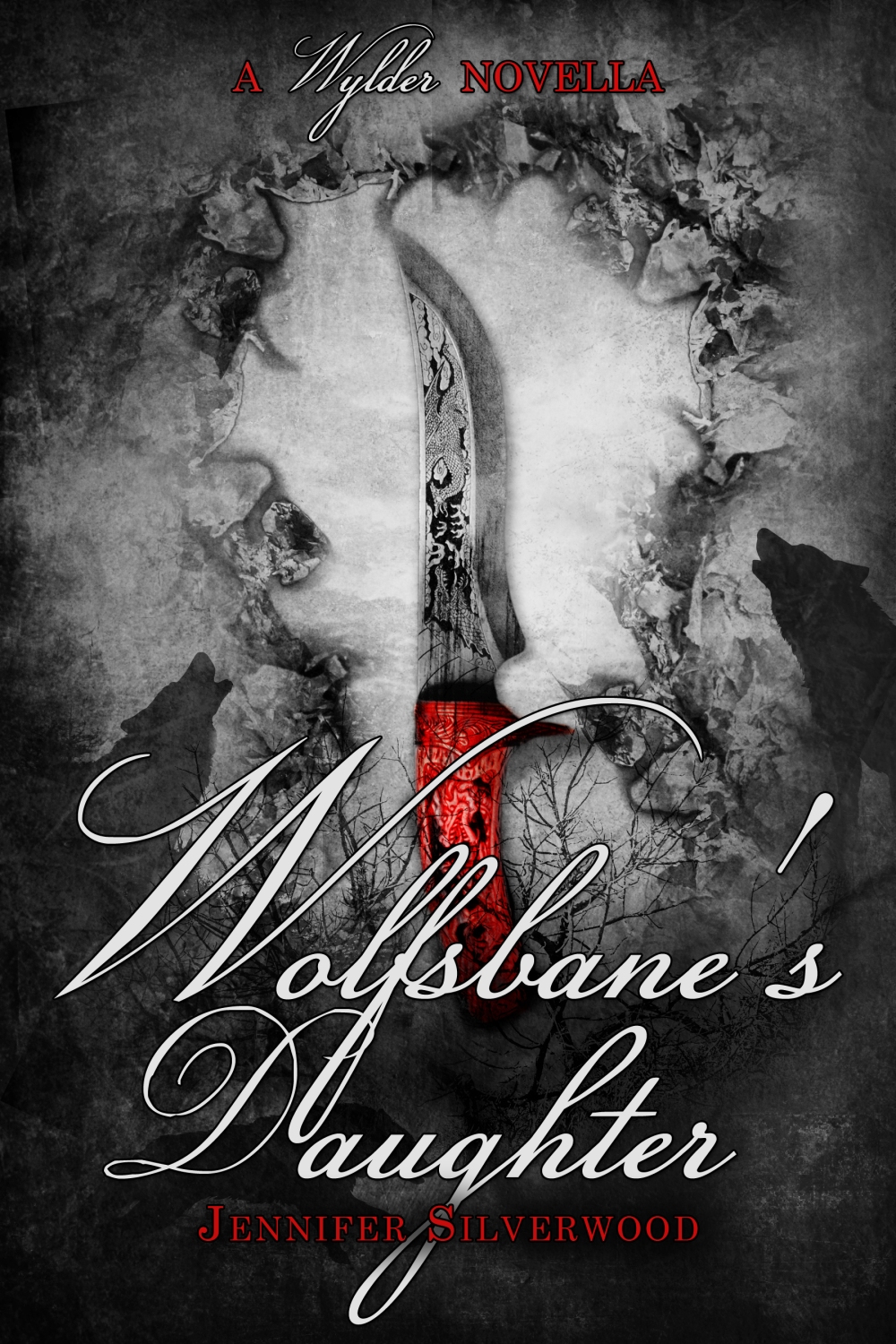